Première 1998, Cairo, co-operation with the El Shebab Theatre, performance for the Festival of Experimental Theatre

We follow two nomadic tribes. The people of the ‘wooden tribe’ are round, curious and have gentle dispositions. The ‘iron people’ are serious, severe and explosive. In short scenes we get to know both tribes, their way of life, and their way of communicating with each other. When the tribes meet by accident there Is no common language or background and they are obliged to find other ways of communication.

The initial insecurity and fear soon make place for curiosity, gaiety and in one case love. But then a misunderstanding between two wise old men’’ causes a dispute which develops into animosity and total rejection. Borders are established and a wall is built to divide both tribes. With this wall the birds of prey enter and death and destruction. Survivors of the tragedy, living on both sides, will have to find a way to break the wall and go on together.

In 1996 Amsterdam Chamber Theatre was invited by the de Cairo Academy of Arts to present a workhop for the advanced students of the theatre department. A year later a group of actors of the El Shebab Theatre asked ACT to do a workshop with them to see if a form of cooperation would be possible. The result was THEM

The El Shebab Theatre (artistic director Khaled Galel) aims to bring experienced actors together with young actors who are at the start of their career. The performances are meant for a young audience. THEM was made with 20 young Egyptian actors, one experienced Egyptian actor and four Amsterdam Chamber Theatre actors. For two months the group improvised and looked for a form which would do justice to all. For both tribes a language and movements were created and special music was composed by the young Egyptian composer Hisham Gabr. El Hanager theatre was chosen as location, because it is possible to place the audience at two sides of the stage and because the building is already a meeting place for young people. Amsterdam Chamber Theatre’s stage manager coordinated the creation of costumes and set in the Drama House ateliers. His greatest challenge was the wall which at a certain point had to divide the stage and the audience in two- and which at the end had to collapse ‘spontaneously’. 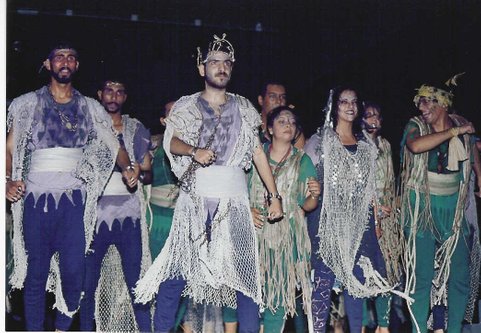 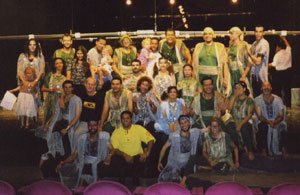 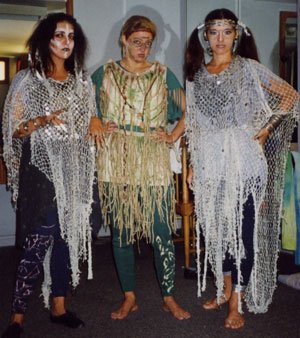 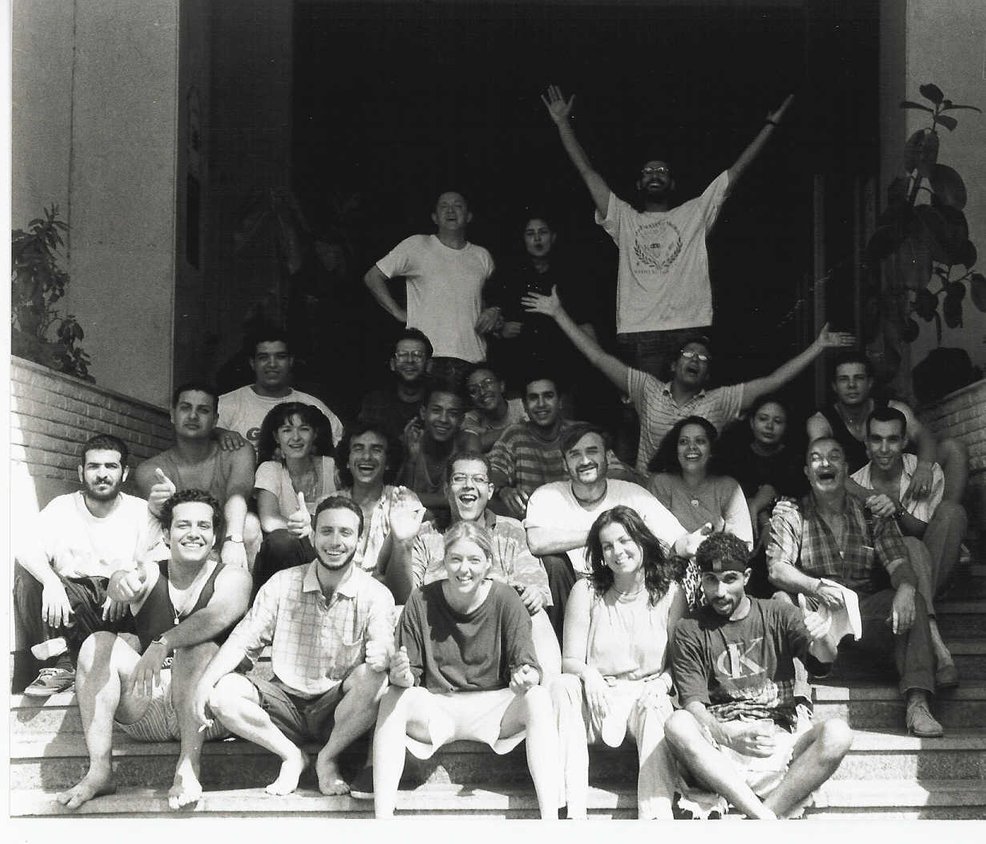