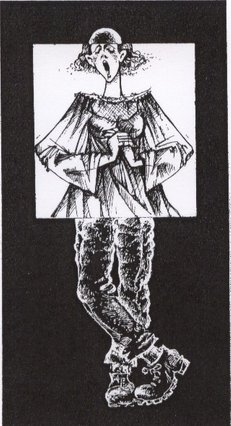 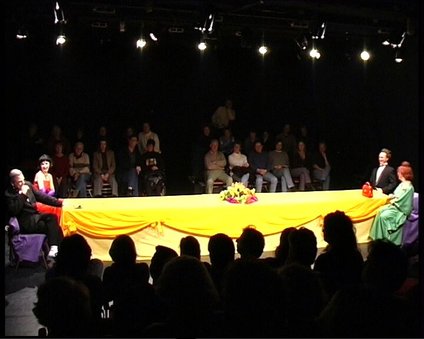 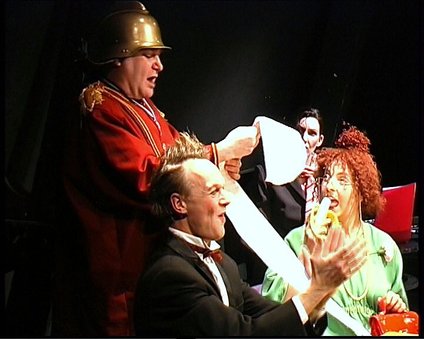 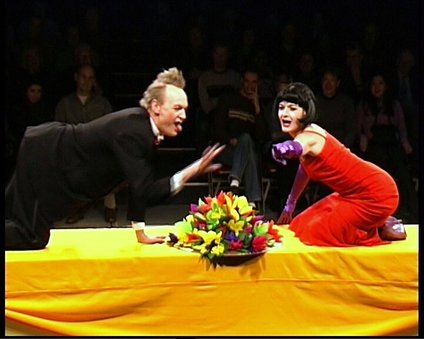 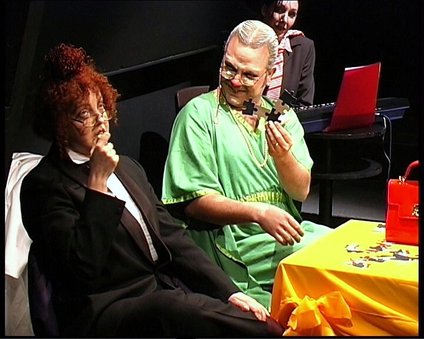 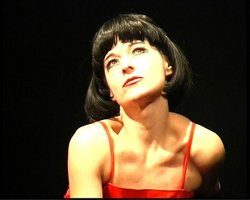 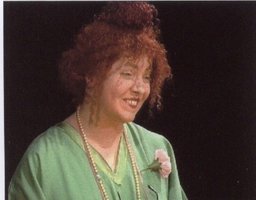 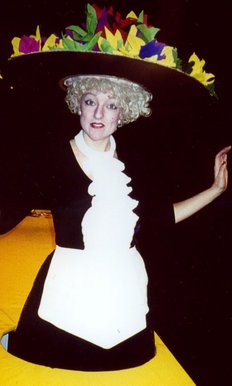 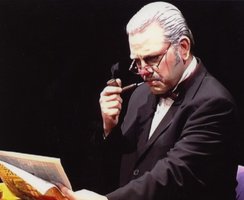 Nothing is more surreal than that which is banal;

The surreal is here, in our everyday conversation;

within the grasp of our hands

Typical English Mr. en Mrs. Smith have unexpected visitors; the Martins who appear to be seriously confused and a complacent fire chief. A quiet and respectable evening in a London suburb ends up in a whirl of cackling people and total bewilderment

Eugène Ionesco´s masterpiece is an absurd comedy about domestic rituals; about the surreal and the mystery of everyday life and ordinary people. An endearing cartoon about life’s illusions and the emptiness of being.

Amsterdam Chamber Theatre plays the game openly and with great pleasure. The audience is seated on both sides of an exaggeratedly long table at, on and under which the action takes place. They become part of the play and form a lively background for the events.

A seventh character is added to the original cast of six; the guide who is the personification of the hilarious stage directions given by Ionesco; an unexpected twist in the play.

Away from the artificial experimental attempts and modern dancing the Amsterdam Chamber Theatre managed to make us enjoy Eugene Ionesco’s lovely play ‘the Bald Prima Donna’, presenting an eloquent lesson in chamber plays and how to experiment without overdoing it, but relying on genuine artistic talent.

The philosophy of the famous French playwright Eugene Ionesco (1912-1994) was that human life and people’s endeavours are all futile. Language is not the only appropriate way of communicating.

The play consists of long, strange, dialogues. The scene is rather static, the characters are not defined and therefore a lot of talent and skills are needed to make it worthwhile. Vladimir Koifman succeeded in selecting his cast with great accuracy; the seven actors competed in maintaining the performance at high level. Especially Michael Diederich and Frouke Flieringa as Mr and Mrs Smith and Tatiana Kouzovkina as Mrs Martin. Without once being banal they kept us laughing and attentive through all comic situations and absurd dialogues.

The director chose for simplicity to a great extent, presenting thus a comedy without any artificiality.

He signified the alienation between the married couple by seating them at a dining table that was exaggeratedly long and he created a new character that commented on the events, together with a musician who took care of music and sound effects.

In truth, this was an eloquent lesson in theatre. Light, colours and costumes bright, but appropriate and simple and all well used.

Perhaps it is sufficient to say that the company managed to keep our close attention for the full 80 minutes, even the ones among us who had difficulties with the English language. 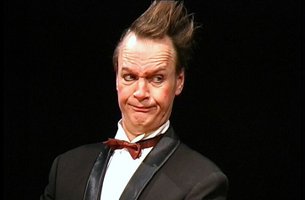 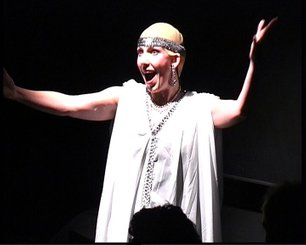