The noble Miss Julie feels attracted to her fathers coachman. The festivities of Midsummer night make it possible for her to approach him. They dance…they talk…feelings get stronger…hidden longing and unknown feelings surface. A Man and a woman find each other, but the light of dawn is merciless…

When Strindberg wrote Miss Julie in 1882 he was ahead of his time. He said goodbye to the principles of traditional theatre which he found artificial and introduced a ‘natural style’. With Miss Julie modern drama was born. Like Freund Strindberg penetrated the darkest aeries of the human soul. The content of the play was considered immoral; Miss Julie was banned from the theatres and the writer accused of blasphemy. 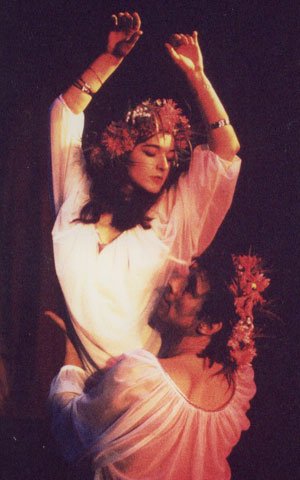 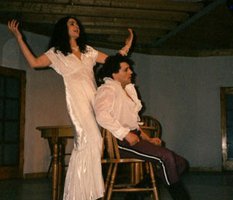 Last March we saw `Miss Julie´, a unique cooperation between a theatre in Amsterdam and a theatre in Sint Petersburg; A successful performance, directed by the Russian Vladimir Koifman. Both Michael Manicardi, pivot of the Bochel theatre, and Koifman were not newcomers in the theatre when they met in St. Petersburg. Artistically they understood one another and Manicardi decided to invite Koifman and some of his actors to the Netherlands. Miss Julie is the result; a play full of symbols in which especially Tatiana Kouzovkina excels.